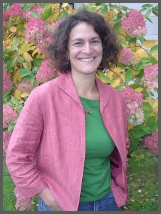 Originally from Winnipeg, Kate has been living in Montreal for over 30 years. She is a Full Professor at the Département de médecine sociale et préventive of the École de santé publique at the Université de Montréal, Research Associate with the Centre de recherche en santé publique (CReSP), and the principal investigator of the ISIS project. She is a CIHR research fellow for her work on social inequalities in smoking. She is also a co-holder of the research chair Myriagone Chaire McConnell-UdeM en Mobilisation des connaissances jeunesse. Her current research interests include social inequalities in health-related practices, social theory in social epidemiology and health promotion, neighbourhood and health research, and the sociology of smoking. 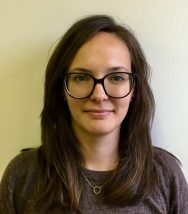 Josée has a bachelor's degree in social work from Laurentian University, a Master's of Arts, specialized in health promotion from Dalhousie University, and a PhD in public health, specialized in health promotion from the Université de Montréal with Kate Frohlich's supervision (2021). A research internship with Population Health Intervention Research Network (PHIRNET) in Montreal led her to work on various public health research projects. Josée joined the ISIS team in 2013 as the coordinator. Her research interests are broadly focused on better understand how public policies affect social inequalities in health. 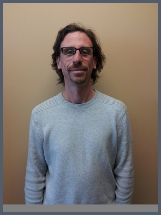 Adrian holds a Bachelor’s degree in Business Administration (University of Buenos Aires, Argentina), a Graduate Certificate in Health Administration (McGill University), a M.Sc. in Health Administration from (Université de Montréal), and a PhD in public health (health promotion option) (Université de Montréal), under the supervision of Katherine Frohlich and Lise Gauvin. Prior to joining Université de Montréal’s PhD program, Adrian participated in various research projects, including a study of potential risks associated with medication administration at Sainte-Justine Hospital and an internship at the McGill University Health Centre that allowed him to develop a conceptual framework for the development of an integrated quality plan. His research interests are focused on the features of neighbourhoods associated with social inequalities in health. His doctoral thesis sought to identify conceptual and methodological approaches to advance knowledge in neighbourhoods and smoking in young adults. 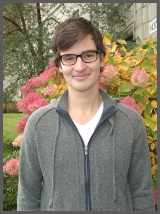 Thierry completed his B.Sc in Sociology (Université de Montréal) in 2011 and his M.Sc in Community Health (Université de Montréal) in 2014. He joined the ISIS project in summer 2011 during an internship and has since continued to work with the team. He then completed his PhD in Public Health - Health Promotion option – (Université de Montréal) under the supervision of Katherine Frohlich and Amélie Quesnel-Vallée (McGill University). He is currently undertaking a post-doctorate fellowship at University College London with scholarships from CIHR and Fonds de recherche du Québec - santé. He is interested in the roles of education and socio-economic status in understanding young adults’ health behaviour and outcomes, particularly with regard to smoking. 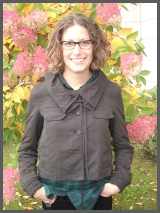 Martine has a bachelor's degree in Environmental Sciences with a specialization in the ecological determinants of health (B.Sc. McGill University) and a master's degree Epidemiology and Community Health (M.Sc. Université de Montréal). She also holds a Ph.D. in Public Health, specialized in Health Promotion, from the Université de Montréal School of Public Health, under the supervision of Katherine Frohlich and Yan Kestens. For her doctoral thesis, she provided conceptual and empirical insights into the integration of individuals' daily mobility on the influence that contextual exposures (such as exposure to tobacco retailers) have on social inequalities in smoking among young adults. She undertook a CIHR funded postdoctoral fellowship with Dr. Steven Cummins at the London School of Hygiene and Tropical Medicine and a second fellowship with a Banting scholarship at the Dalla Lana School of Public Health. She is now an assistant professor in Community Health Sciences at the Université de Sherbrooke. She also holds a Tier 2 Canada Research Chair in Urban Health Equity Among Young People as of September 2020. Her overall population health research interest involve the creation of healthy, sustainable, and equitable cities and communities. 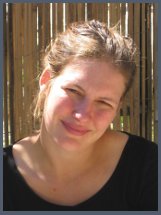 Now research director of the Centre national de la recherche scientifique (CNRS) in France (UMR Géographie-Cités), Julie was an invited professor in the Département de médecine sociale et préventive at the Université de Montréal and invited researcher at the Institut de recherche en santé publique de l’Université de Montréal (IRSPUM) and the Centre de recherche du Centre hospitalier de l’Université de Montréal (CRCHUM) from 2013 to 2015. Her research is devoted to spatial mechanisms of social and health inequalities in urban areas. More specifically, she studies how social inequalities are linked with people’s daily mobility, urban segregation throughout the day, and the ’daycourse of place’. 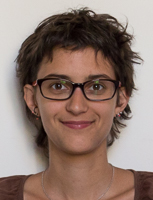 Anaïs Dubreuil completed a PhD in geography from the school of Geography of Paris (UMR 8504 Géographie Cités) at the University of Paris 7 - Paris Diderot, with the advisors of Julie Vallée and Lena Sanders. Her doctoral thesis was interested in the relationships between changes during transition towards adulthood and evolutions of activity space. Analyses were based on ISIS data and interview data.

Zobelle holds a Bachelor's degree in nursing from Université Catholique d'Afrique Centrale (UCAC) and a master's degree in public health from the École de santé publique of the Université de Montréal. For her master's thesis, she was interested in better understanding smoking according to immigration status with ISIS data. She worked under the supervision of Katherine Frohlich and Jennifer O'Loughlin. She now works as a research coordinator at the CHU St-Justine. 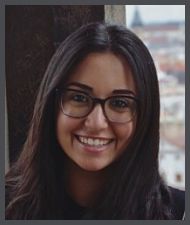 Leah is a dental student at the Université de Montréal. She is enrolled in a conjoint program which allows her to pursue a master’s and doctorate degree at the same time. Under the supervision of Katherine Frohlich, Leah explored the possibility of conducting research on the social inequalities of dental services utilization in Montreal. 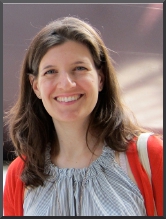 Nicole joined the ISIS team in 2015 as a post-doctoral fellow working with Katherine Frohlich Frohlich and as a co-investigator and co-coordinator of ISIS II. During this time, she explored the relationship between social inequalities in smoking and place. Previously, her research focused on body weight, ‘obesity’ and the treatment thereof. She has also been involved in research on children's play and physical activity. Nicole completed a Bachelor of Education (McGill University), a Master of Science (Queen's University) and a Doctor of Philosophy (University of Alberta).
Nicole now works as a researcher at the University of Alberta. Her expertise involves conducting qualitative health research among interdisciplinary teams. Specifically, she specialises in phenomenological (i.e., experiential) research. She has a particular interest in critical and experiential understandings, practice (clinical and public health) and pedagogy. 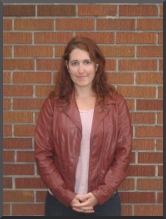 As a nurse, Geneviève worked in HIV and STI prevention among vulnerable populations at the St-Michel CLSC and in educational health at Dawson College. She then completed a master's degree in community health at the Université de Montréal under the supervision of Katherine Frohlich and Nicole Glenn. Her thesis aimed to better understand the experience of stigmatization and the influence of neighbourhoods on young women's health. She then completed a PhD in nursing at the University of Ottawa. Geneviève is now a professor in the Département des sciences de la santé at the Université du Québec à Rimouski. She is also a member of the comité STAT, a group of health professionals and members of the health committee at the Pointe-St-Charles Community Clinic.

Sonia holds a bachelor's degree in nutritional sciences from the UAEM (Autonomous University of Mexico State). After her studies, she collaborated on research projects aiming to prevent childhood obesity in Mexican urban areas with extreme poverty. She worked as a co-coordinator of the ISIS project during the 2015 summer. She also completed her master's in public health at the École de santé publique of the Université de Montréal. Her research interests involve social determinants of health of disadvantaged populations. 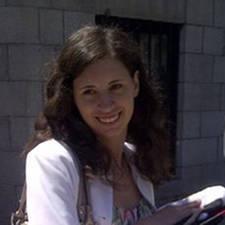 Madeleine holds a bachelor's degree in environmental sciences from McGill University (2013) and a master's in public health from the Université de Montréal (2015). Her master's thesis aimed to better understand environmental determinants of active transportation. She then joined the ISIS team during the 2015 summer to work on a social inequalities in smoking project. She also worked for the SPHERELab at the CRCHUM on spatial mobility projects. She is now undertaking her PhD in geography at McGill University. 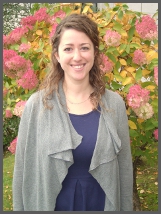 Rowena completed a B.Sc. in Psychology (specialization in Social Psychology) from Concordia University. She also holds a Graduate diploma and a Masters in Management from HEC Montréal. During her Masters, Rowena focused on the social and psychological aspects of work relations, which led her to specialize in organizational behaviour and work psychology. Her Masters thesis was about teamwork behaviour and its link to quality of working life (mental health, meaning of work and commitment).
Rowena discovered the field of research during her first year in university and immediately felt like she belonged. She’s been part of 10 different research projects, both professionally and on a volunteer basis. She coordinated the ISIS project from the beginning, in May 2011 until 2015.